This is how we will build trust in ecommerce and this is how it will work for your ecommerce store.

The company has been verified

Right to return within 14 days

What you buy is what you get

All reviews shown are real

You know what, when & how you buy 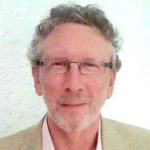 "Trust is essential for ecommerce. At EFSA we offer e-merchants the opportunity to be verified by lawyers against the relevant South African laws and regulations and our own code of good conduct

Once verified, the e-shop can carry the Safe.Shop South Africa trustmark, renewed annually, as a guarantee that it is a trustworthy online business""

Trustmarks have an excellent record of encouraging greater trust in ecommerce wherever they are set up. In the Effective Measure Ecommerce research study for SA of 2016, the question was asked, would you buy more if there was a Trustmark system?

Despite the absence of any Trustmark in SA, 18% of respondents to the survey said that they would have greater trust in ecommerce with a Trustmark and would buy more online.

What does a Trustmark require?

There is an annual verification system which invites e-shops to confirm that they are in line with the Code and with relevant laws (CPA, ECTA, POPIA), that they have a system for return of goods (if relevant) and that the data they collect on customers is secure. If all is in order, the e-shop pays a fee (R5,225 a year), and commits to an alternative dispute system in the case of an unresolved complaint. It’s important to stress that the best solution to any complaint, of course, is between the seller and buyer. The Trustmark is not intended to substitute for buyer/seller customer relations or complaint resolution.

The trustmark was originally set up by the Ecommerce Foundation in Amsterdam to encourage greater trust in cross-border ecommerce in Europe. National trustmarks exist in nearly all European countries (in some countries, like Germany, there are multiple trustmarks), but there was no cross border trustmark. The system was designed to be easy to operate, not complex, and modestly priced. It soon attracted interest from outside Europe and is in operation, or in preparation in a number of non-European countries, including Indonesia, Hong Kong, Brazil and Malayasia. EFSA is affiliated to the Ecommerce Foundation.